In 1949, when Britain was still recovering from the throes of World War II, many men were returning from national service. Most of them had been put through a rigorous fitness programme which usually included cross-country running - some of them, including the club’s founder members found they actually enjoyed the activity. Among them were Ken Batty and Geoff Edwards.

When they were “demobbed” they joined Grays athletic and social club and trained on a 200m track around the football pitch. One of the trustees at Grays Athletic was local businessmen Eddie Baird who is keen on athletics. A meeting was called at his restaurant in Grays to set up a separate running club. Because the interest was mainly centred on cross-country, they decided to call the new club Thurrock Harriers. They then moved their training base to Palmers girls school which is now the USP/Palmers college. 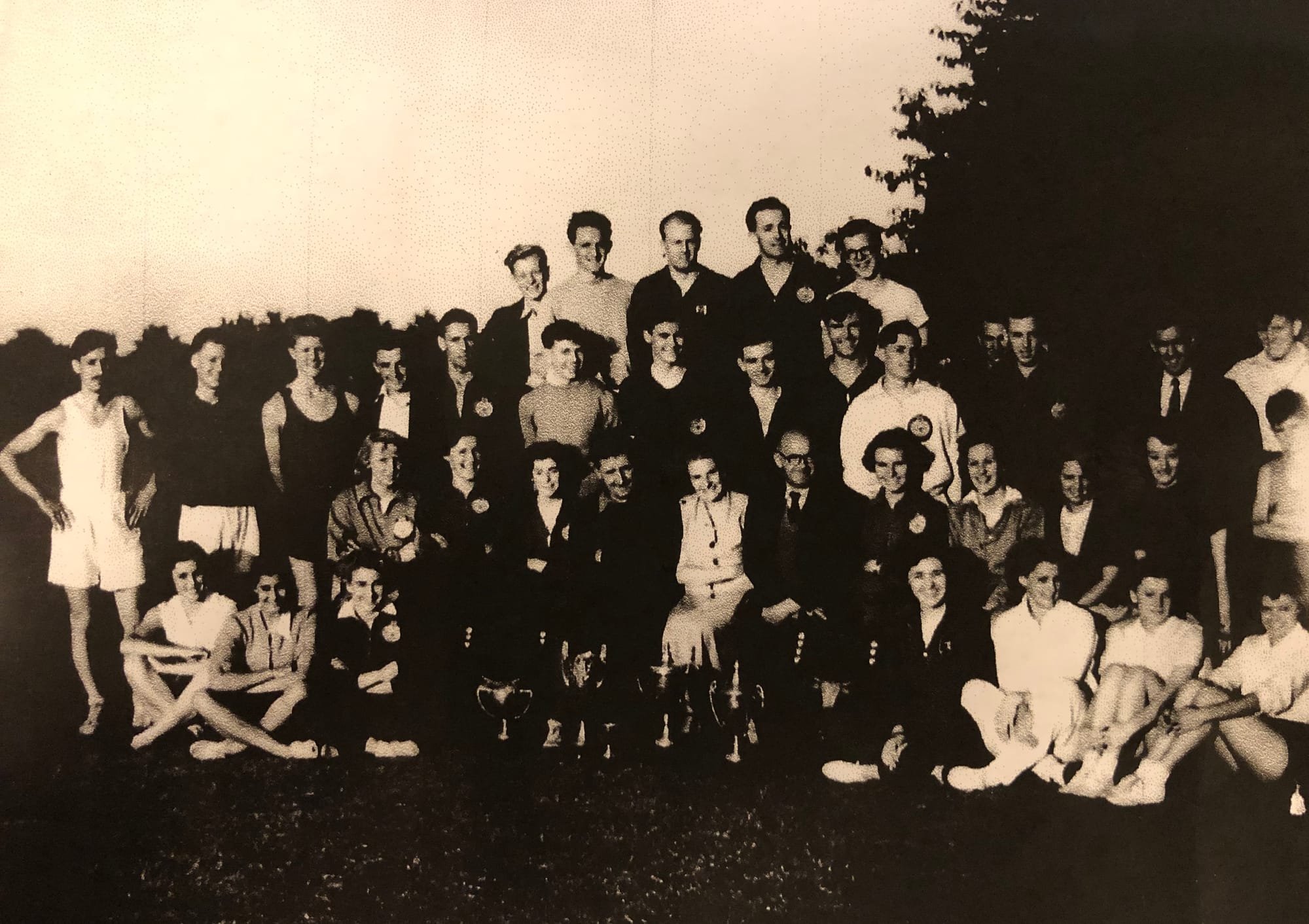 Thurrock Harriers - Late 1950'sThe club was soon strengthened by the breakup of St Clements A.C in West Thurrock. One of the new members we picked up was Peter Orpin - to be an outstanding club administrator.
The growth in the early 50's was slow. Fred Seal and his wife Maureen (one of our first female athletes) were very influential and they backed a move to Torrells secondary school field. The membership cards for 1956 show the club membership had grown to about 200. Membership for seniors was £1 and under 17’s seven shillings and sixpence (equivalent to 37.5p) 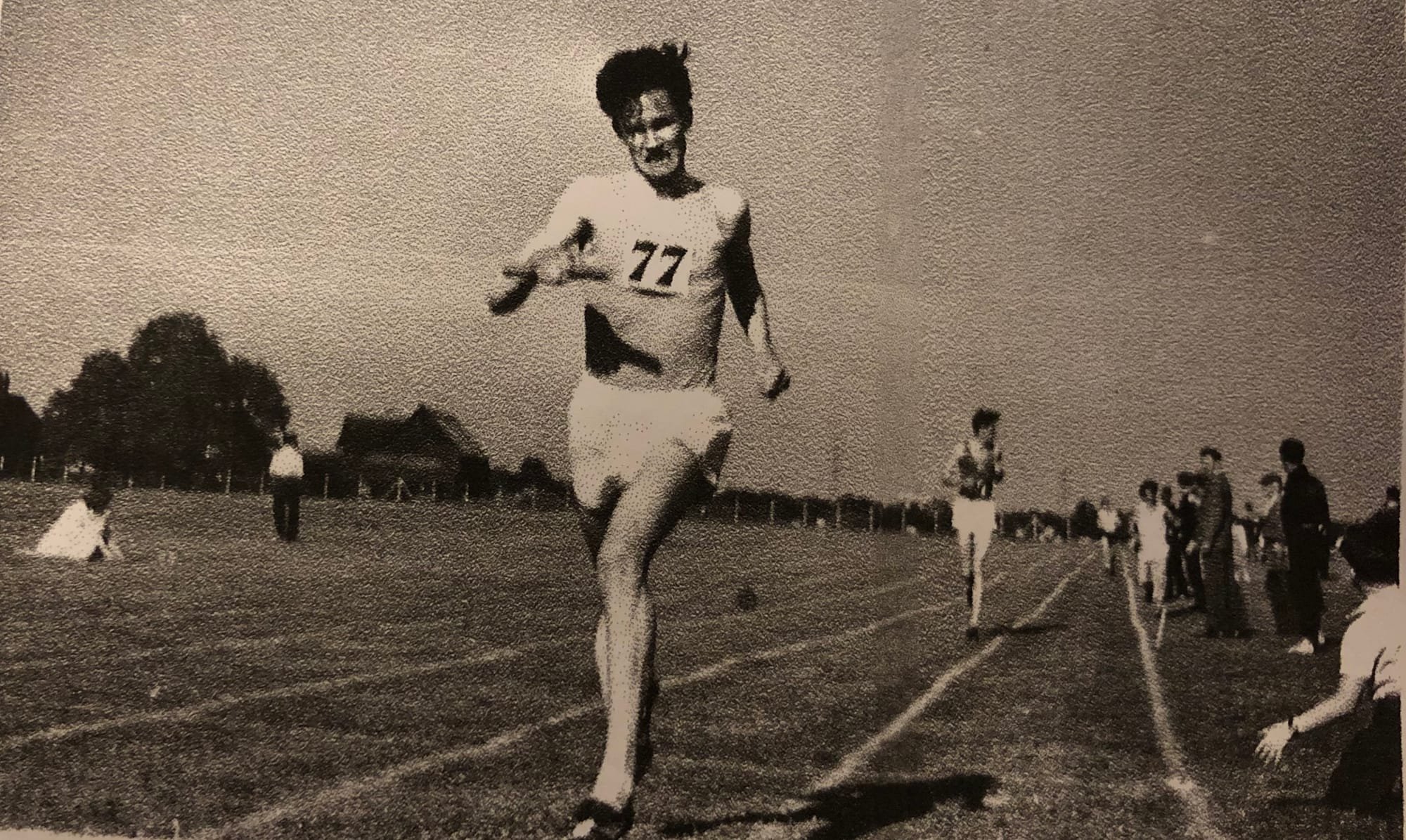 John Coller on Torrells FieldBy the early 60's the club had moved on to Blackshot's with a sloping 440 yard grass track just south of the path across the middle of the field.

At this time the club was producing international athletes. Mel Batty and Alistair McIlroy are still club record holders and the middle-distance times of Malcolm Brown and Jim Catto are really beaten to this day. 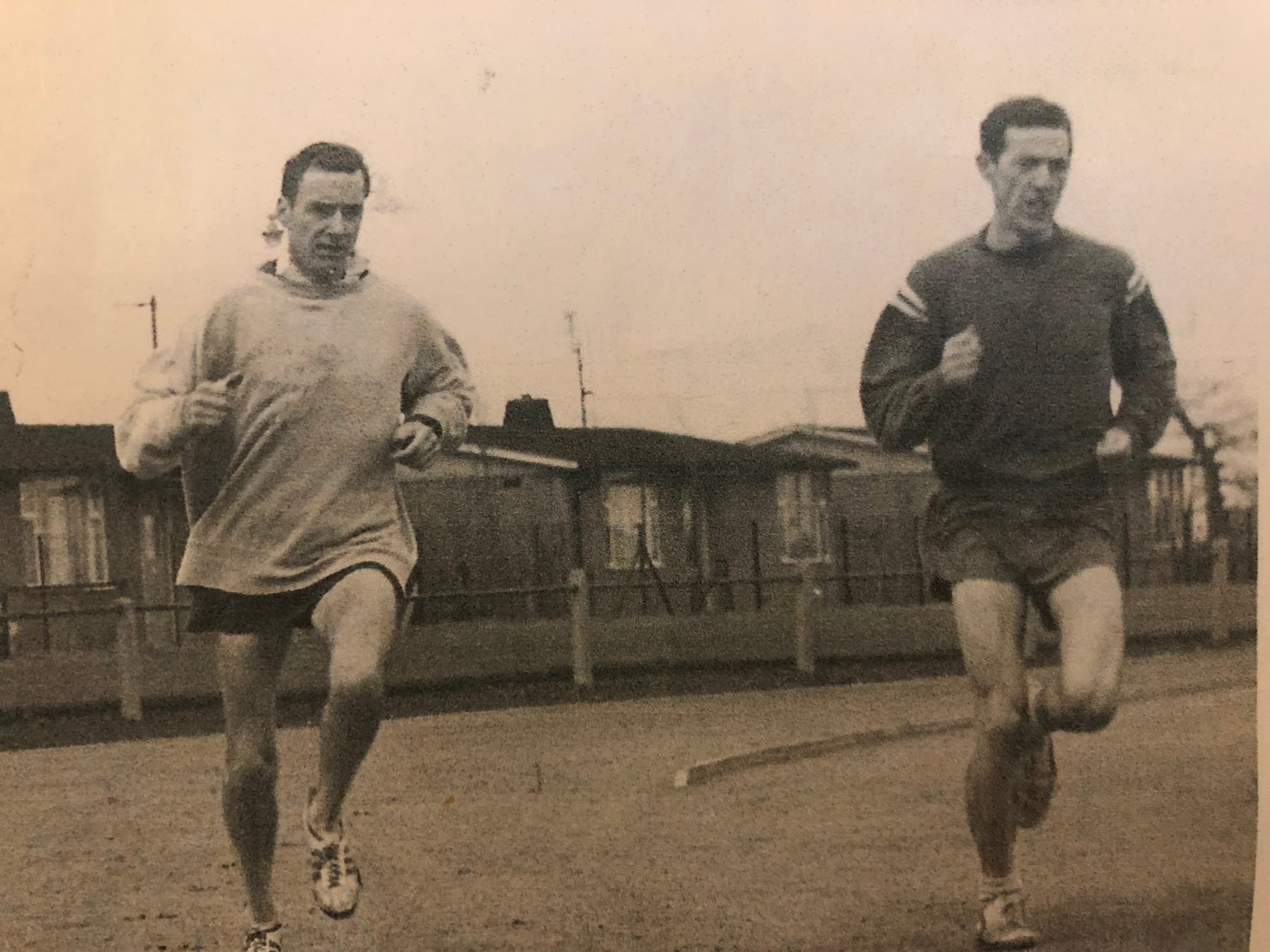 Buddy Edelen training with Mel Batty at BlackshotsThe club’s success, plus the aid of local influential people, persuaded the local council to build a cinder track on its present site. One of the first meetings to be held on it, was the 1962 county championships. Later the National Schools Championships and the Inter-Counties were held on it - a testament to its quality.

Since then the all-weather track, the stand, the clubhouse and the car park, have been added to provide excellent facilities.

The club’s tally of full internationals is now 20 - the last one being Gemma Holloway.... But there are more on the way!!